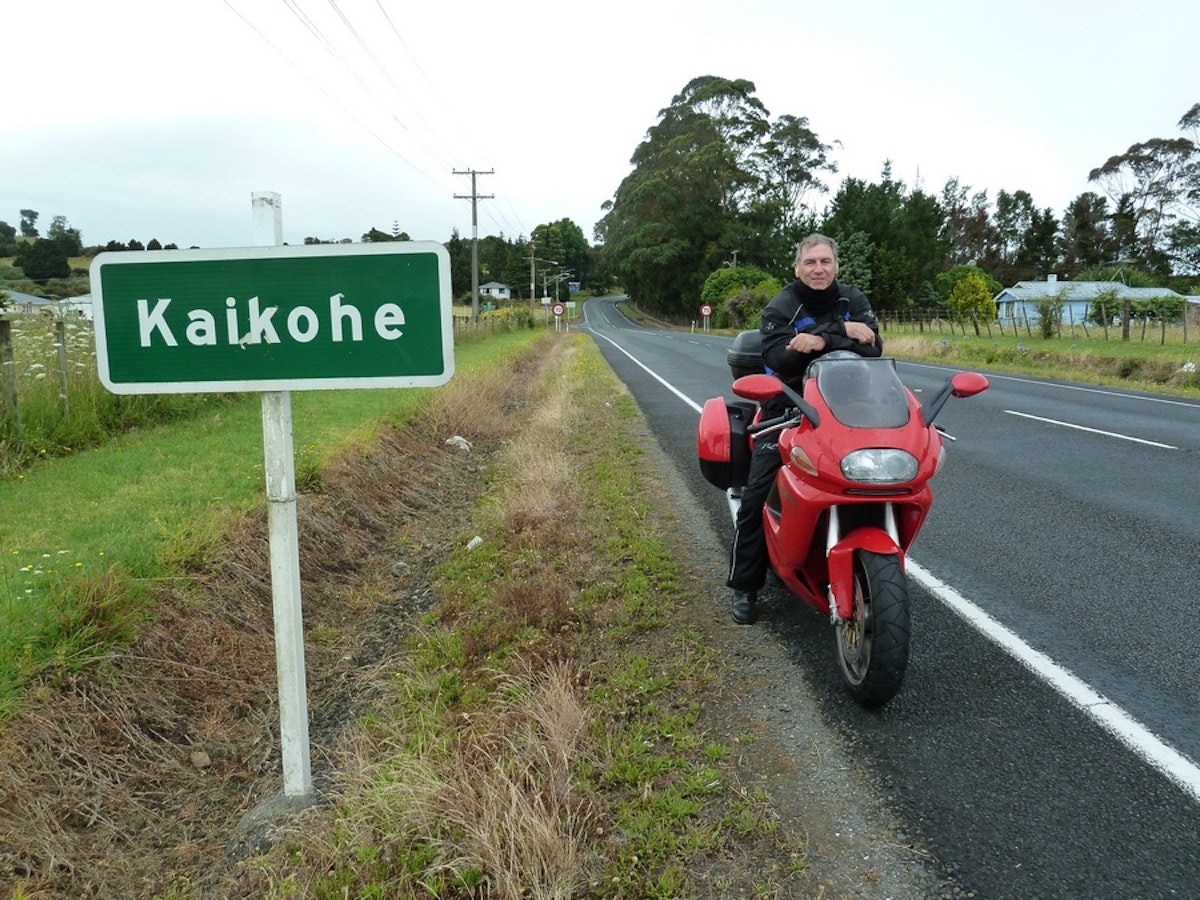 I never knew my father’s father, I think he died before I was born. I do remember my grandmother though, visiting her once in the Blind Home in Victoria Park where she lived for the last part of her life. My grandfather (Dida) left the Island of Korčula in the late 1880’s, bound for the gumfields of northern New Zealand with thousands of other Dalmatians, economic refugees looking for a better opportunity than they had at home. He started out with an “Austrian” passport, since what later became Jugoslavia was then part of the Austro-Hungarian Empire, but it didn’t take him long to be “Naturalised” as a New Zealander. After a few years on the gumfields he returned to his homeland, but shortly after he was back in New Zealand digging up gum again. A second wave of Dalmatians had come to the NZ gumfields around the time of WW1, trying to avoid conscription by the Austrians. Dida eventually moved to Australia, then on to the Swan Valley in WA where his presumably patient wife and family joined him from Jugoslavia. However many slavs remained in the north of New Zealand and their legacy very much lives on today. 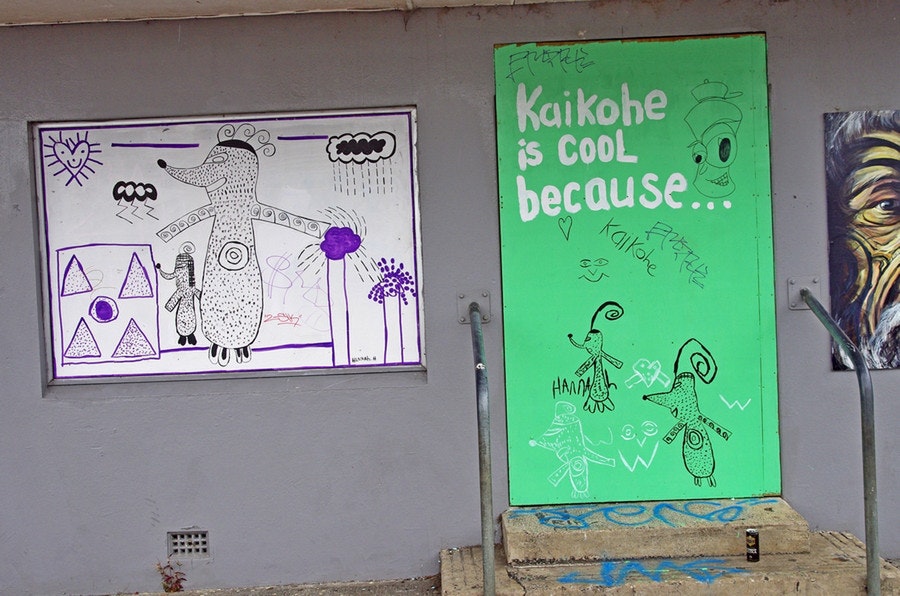 Gumdigging must have been a tough life, essentially living and working in swamps, prodding for the amber gum from ancient fossil Kauri trees buried underground. The resin was used as varnish and for other industrial products like linoleum. Big pieces were often kept by diggers as a souveneir and so I have a piece of Kauri gum dug up by Dida in New Zealand in the late 1800’s. A key part of our New Zealand tour was to try and connect a bit with the man I never knew. He was naturalised in Kaikohe, an unremarkable town now, perhaps as it was then. There was however a house in Kaikohe that resonated strongly with us. Anyone who visited our family home at 89 Walpole St Bentley will know why, not only has this modest house received the same very loving paint job and colour as dad always used on Walpole Street, but it also has the Jacanada to go with it! I couldn’t find much else to represent the family link in Kaikohe, I guess I shouldn’t have expected the tents and shanties of the 1800’s to still be there. 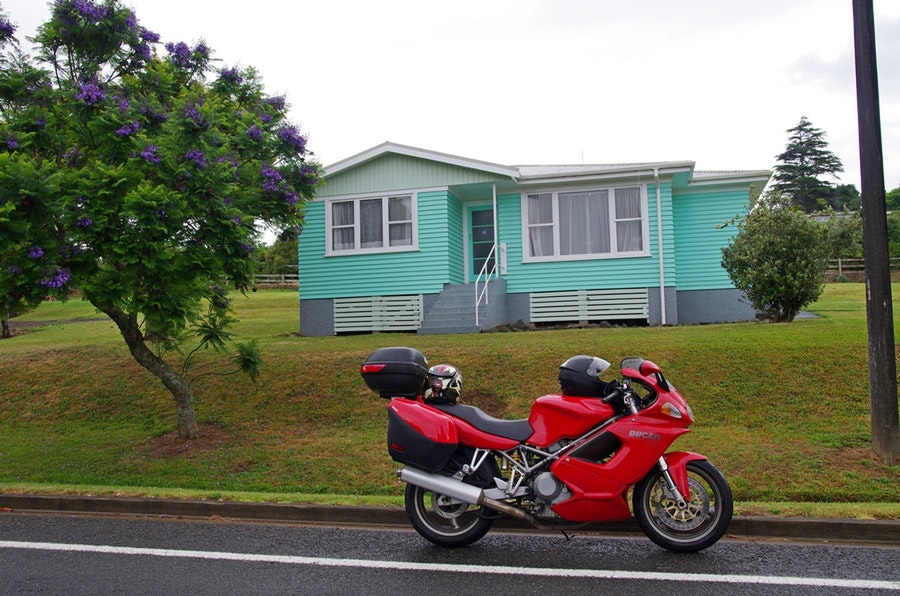 But there are other strong reminders of the gumdigging Dalmatians elsewhere in the region. We headed further north to Kaitaia, now without the rain, and there we were pleased to receive a “dobro došli” welcome from the Dalmatian Club. Nearby is what is probably the only intact, gumdigging field remaining in New Zealand. Here we saw an ancient Kauri unearthed from the swamp 100,000 years after it was buried, and the holes dug 100 years ago by gumdiggers searching for the precious amber associated with these giant fossils. 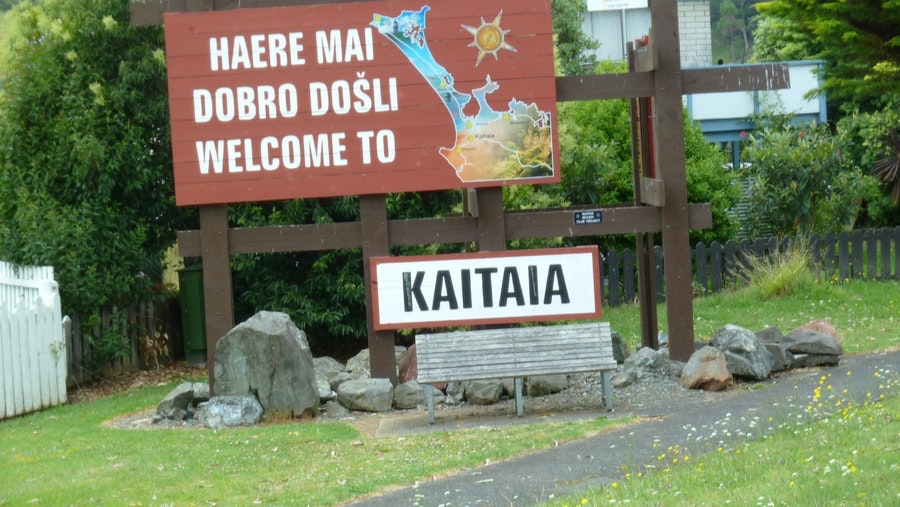 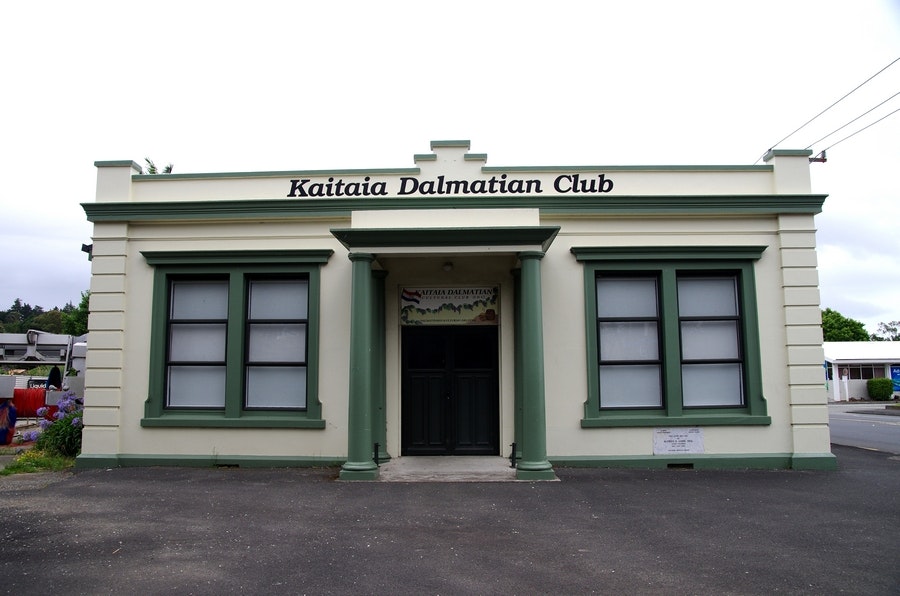 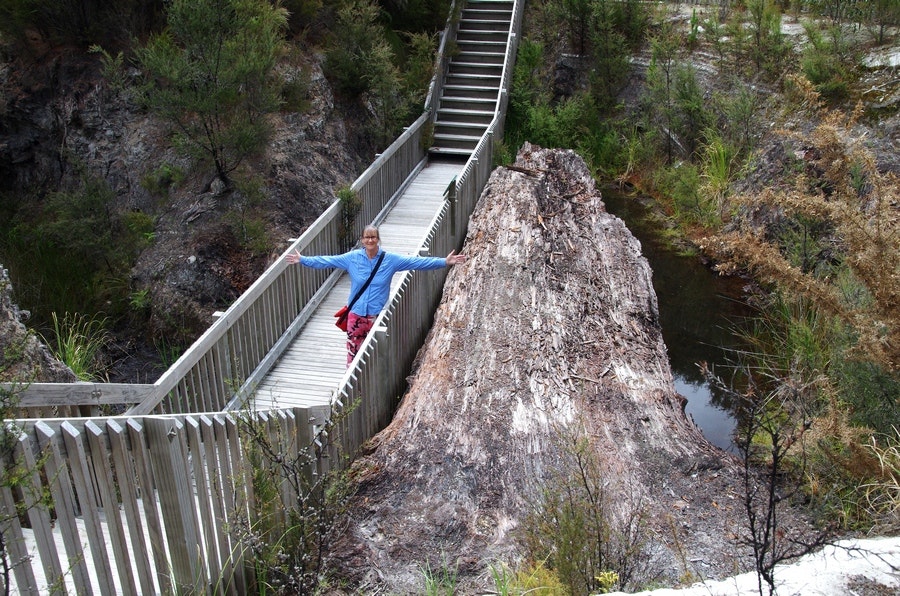 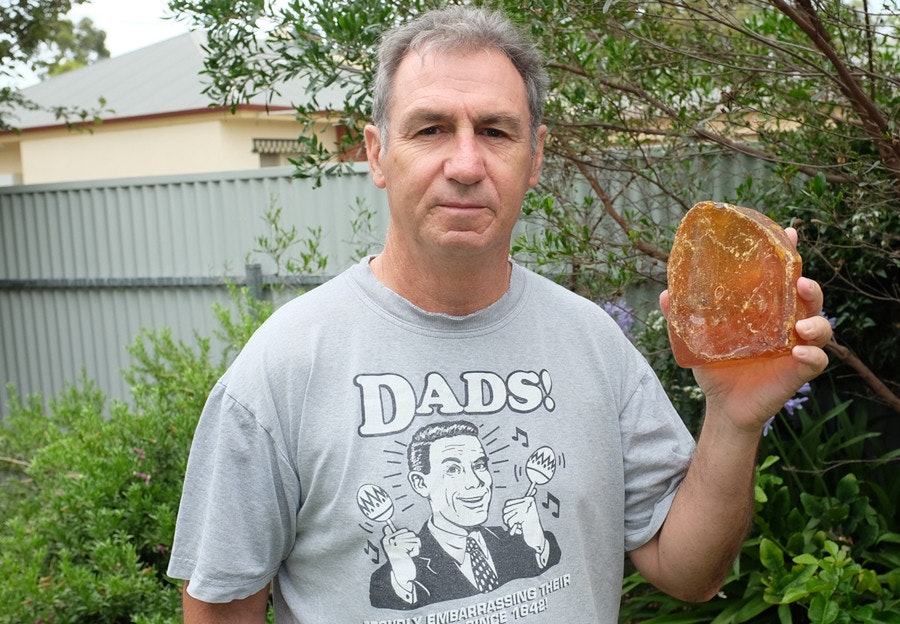 Further on at Dargaville there was a monument to the “Dalmation Diggers”, it could have been Dida, or perhaps any one of his 9,000 or so compatriats that forged the legend of the hardworking immigrants from the Adriatic. I guess I’ll never know, unless perhaps we can unearth any photographs of him from his time here. 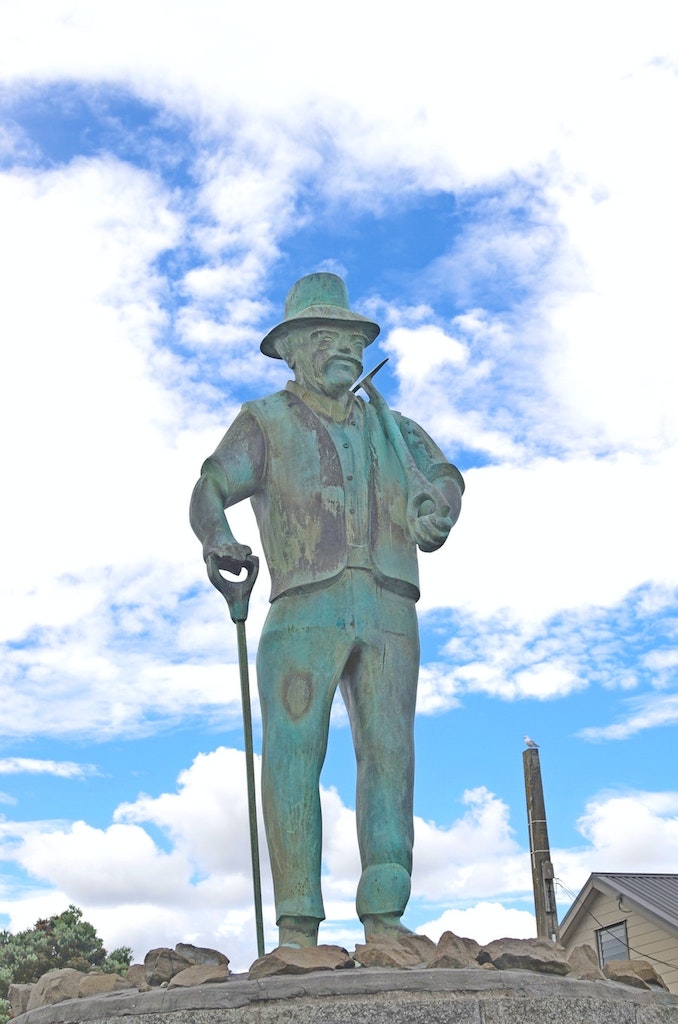 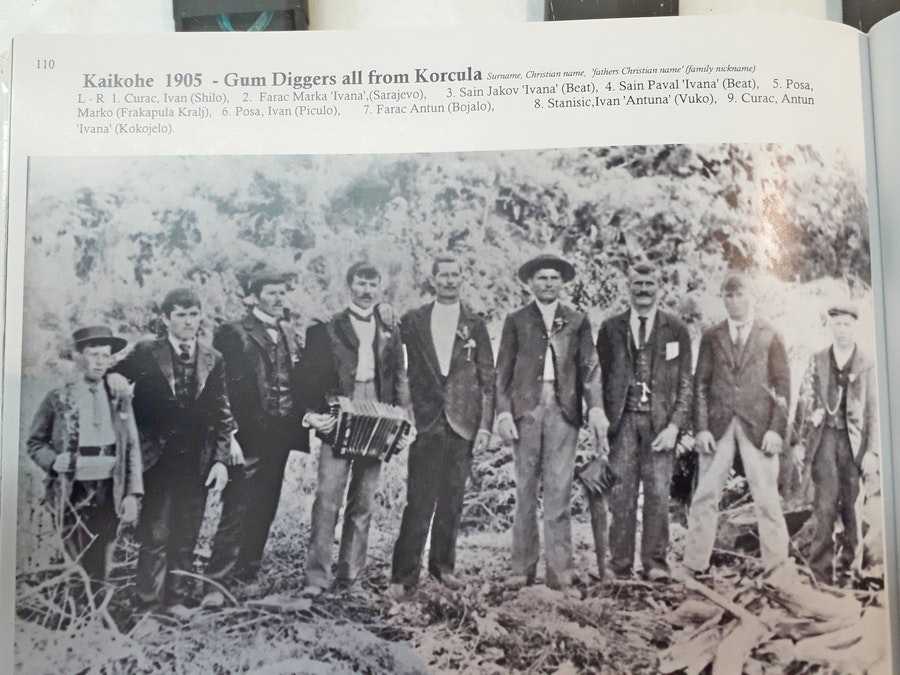 You can read more about my Croatian heritage here. Thanks so much to our wonderful friends Ian and Louise on this part of the tour, a home so far away from home.

Ok Kurveygirl, where to next ? Stay tuned! 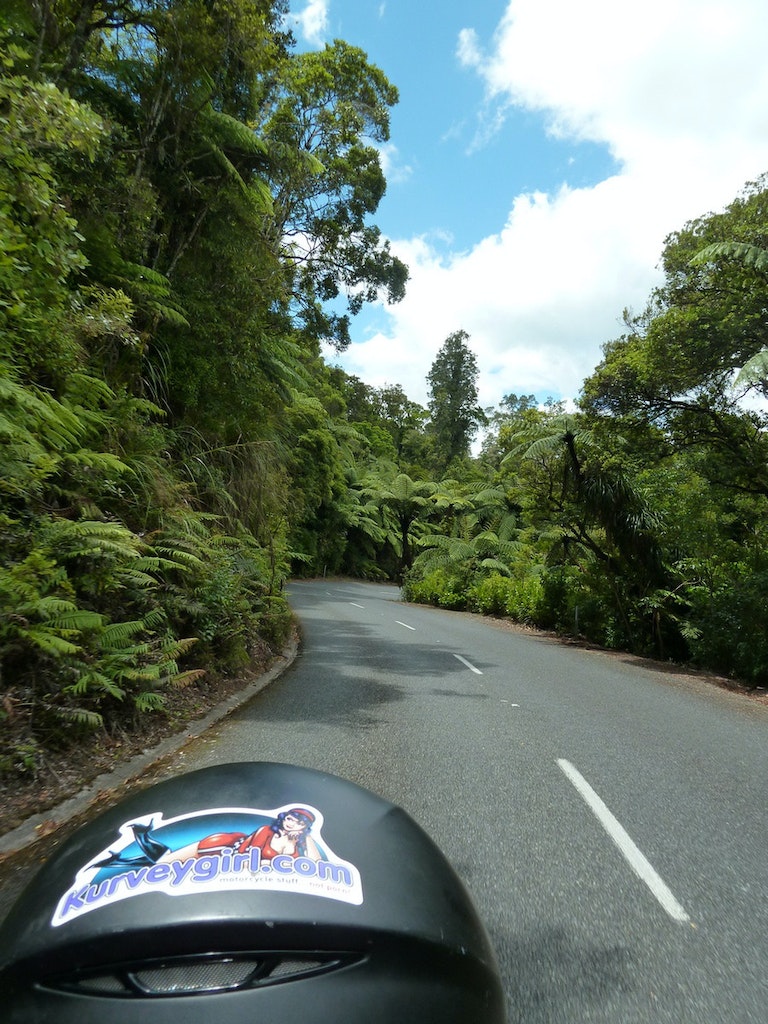 PS thanks to Annie for the on-board images!