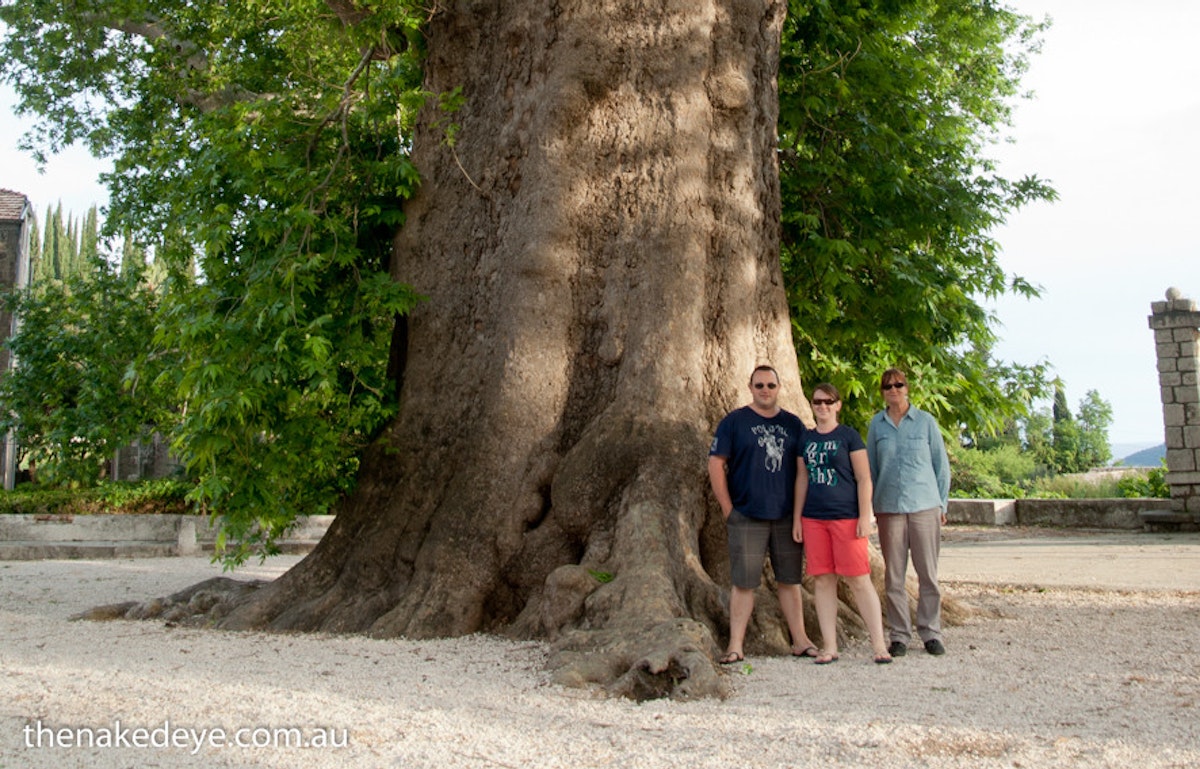 A reverence for trees - The Plane trees of Trsteno

On our first visit to Croatia in 2009 we’d planned to stop in at Trsteno, just north of Dubrovnik, and take a look at some huge plane trees that guard the entrance to an impressive arboretum, and the arboretum itself. A couple of km out of Trsteno the traffic was stopped, so we turned off the bike, took off our helmets and waited. After 10 minutes the traffic restarted and we crawled into Trsteno, only to find that the two trees we were going to see were being pruned, hence the traffic control. The entrance to the arboretum was blocked by the enormous limbs that had been cut from the 50m tall giant trees! Alas we could not go in. 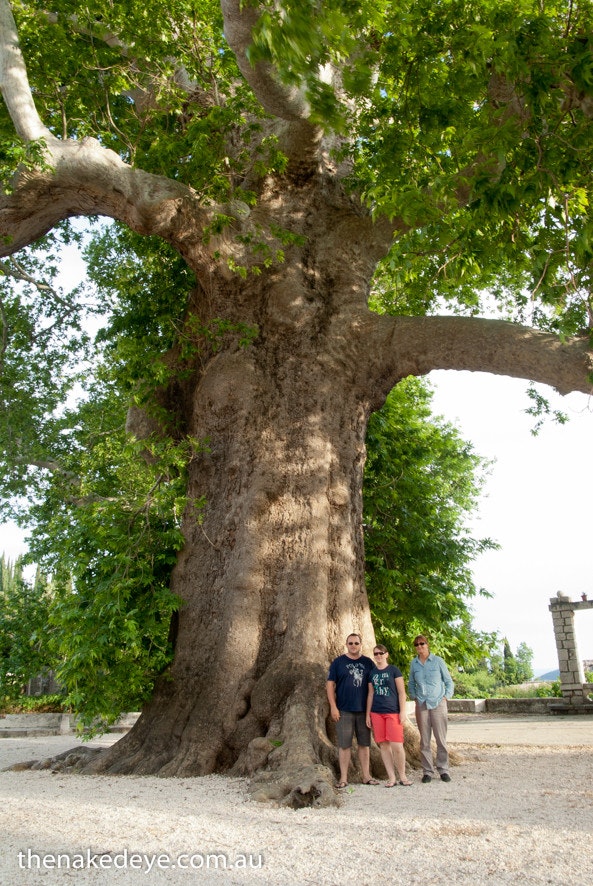 It wasn’t until our next motorcycle trip four years later when another opportunity to see these magnificant trees presented itself. We thought we would take the drive up from Dubrovnik to Mostar in Bosnia, to see the old town and to take in some of the great scenery on the way. The route took us first north to Trebinje (Bosnia), and then west along the M6 and across to Stolac before taking the main road up to Mostar. The scenery in the mountains was hauntingly beautiful and the road very quiet. We noticed an improvement in the general level of activity in the fields and better houses than we saw when we came through four years earlier, and fewer young people standing around in the streets, the country is slowly recovering from the war. The old town of Mostar was also improved, with more of the old town opened up for tourists and more businesses set up, but why so many of them were selling the same cheap trinkets we couldn’t possibly fathom. On the way back down to Dubrovnik we passed through Trsteno where we were able to stop and wonder at the two monumental 500 year old oriental plane trees in the centre of the village. The trees are humungous, about five metres across where we stood, and provide glorius shade to a vast area in the hot Adriatic summer. I still haven’t managed to get time to go in to the associated arboretum which was started by a noble family in the 15th century. Hopefully on my next visit. 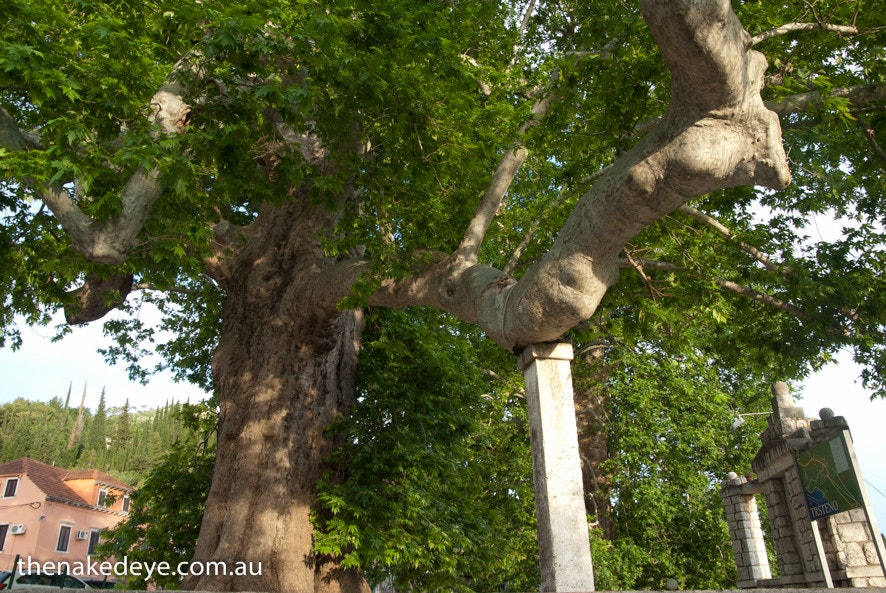 Fortunately these venerable trees appear to be cared for by the Croatian Academy of Arts and Sciences (a fitting combination for these beautiful giants).